hating on the supermarket

Years ago I started following the blog of writer Rohan Anderson called; Whole Larder Love. He initially started as a passionate sea-change cook. Loving home made, home sourced produce. As the years have passed he has appeared to continue to withdraw from what is the social normal. Instead he has got angrier at GM foods, processed foods, supermarkets. His blog still makes a great read and I still agree with some many of his thoughts.

Although I can’t say I say it with the same colourful language, I’m also angry. Well, less angry and more frustrated.

Frustrated about what Rohan calls “The Shit food”. Almost everything that we get has been processed, manipulated within an inch of its life. Even Paleo diets that embrace the concept of unprocessed foods have become a globally marketed phenomenon. Surely you just buy food, eat food. 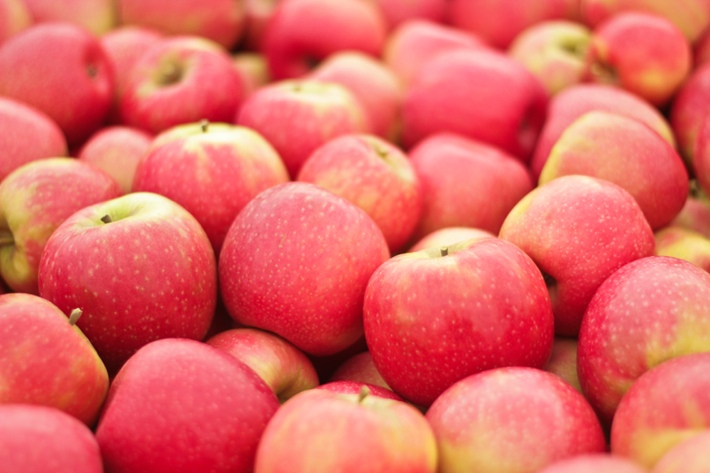 Coles defence was that they were put in cold storage and sprayed with a fungicide called “Smart Fresh”. Fresh indeed.

It wasn’t even the fresh that the advertising board had an issue with. Apparently storing an apple at low temperate and spraying it still qualifies as “fresh” by the Macquarie dictionary. Its was the claim of a spring apple that they got grief over. Semantics.

This is the same Coles that claimed their bread was baked fresh in store when in reality it was par-baked in Europe and shipped back over to Australia to get a final couple of minutes in the oven. Semantics.

Peer reviewed publications have shown that the nutrients in apples gradually drop off after 3 months in storage. They go a year and we might as well be eating cardboard. All fruit and veg suffer the same fate.

So what do we do?

We could demand Coles make a more liberal use of quotation marks? “Spring Fresh” apples?

We can do as Rohan does, only eating what he can grow, shoot or trade for?

Whilst idealistic, I fear I would end up a hungry hungry man. Modern thinking allows for skilled farmers to go about their jobs whilst I go about my own job. We all do our bit in the world.

We can start to take a few steps back from the monopolies of Coles and Woolies. Start visiting our local green grocer and butcher. As an experiment ask them where they get their bok choy and then ask pimply 17 year old at the supermarket the same question. In fact, go a step further and email the produce manager at your local supermarket and wait for the vague, poorly written, dribble you get back (2 months later).

Buk Choy- Predominantly Vic grown, Mornington Peninsular and Heatherton with some procured from NSW​.
Broccoli and Cauliflower are predominantly grown in Victoria mostly werrabee and Peninsular with top up procured out of Qld, WA and Tassie when Vic is in low season or had a weather event.

​Most Mandarins are from SA at the moment. Some Varieties are also from Qld and Mildura.

Apples are mainly sourced from Victoria, Goulbourne valley region and The Yarra Valley.
Some varieties are sourced from Tasmania and Batlow SA.​

​I hope this helps​

Where-ever you buy your apples in spring, they probably come from similar locations and have been stored for similar lengths of time. Regardless of how hard you try, you simply cannot pick fresh Tasmanian apples from a tree in the middle of spring. Instead, lets stop pretending.

Lets acknowledge that the apples aren’t in season through Spring and if we are buying them they are either 3 or 15 months old. Lets get the sticker on them to tell us what year they were picked. Lets not be lied to in the belief that we are eating “fresh” 3 month old apples. Instead, lets grab a couple of spring fresh oranges that were actually harvested in spring. THIS spring.

Shop at the greengrocer. (Here is mine) Ask them what’s in season, where they get their greens from, whats fresh. Read up four times a year about what goes best for that season. Google the sucker. 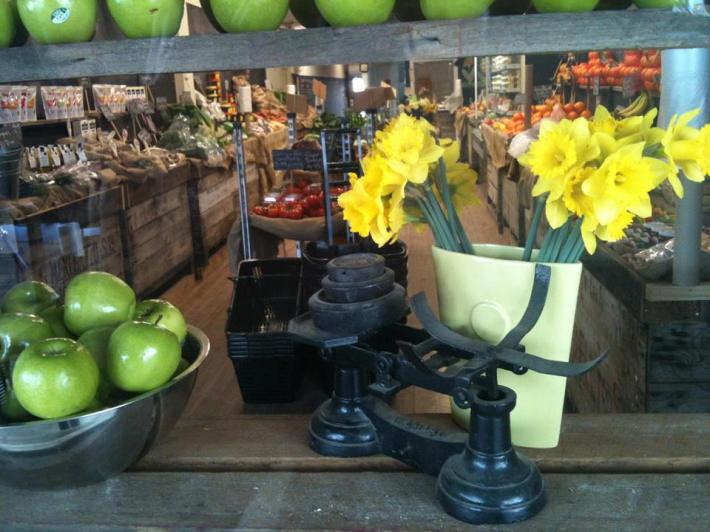 Eat what’s in season and don’t be fooled by supermarkets that seem to be able to get spring fresh everything, even if it isn’t harvested in spring. You guts will love you for it, as will your head and your heart.

Foodie
View all posts by johnsonskitchen →

what do you think? Cancel reply