The Johnson’s followed a black Porsche up the drive to Dromana Estate and its restaurant companion, Terre. They parked their white Camry beside it and watched Mr and Mrs Hartbury get out in their cashmere scarves, his boat shoes, her Prada handbag. The flicked their hair collectively and strolled, stopping for a quick bite before yet another investment in yet another business that should afford them yet another new car.

I don’t actually know their names. But I’m sure they were the Hartbury’s. From Kew I believe.

The Hartbury’s are well off that’s for sure. Being rich however, does not guarantee taste. For starters, the car. No one buys a black Porsche anymore. Actually, who does buy black Porsche’s other than the Hartburys?

Also, when you are dining at Terre, you need to order an entrée.

The Hartbury’s, too busy telling each other and anyone listening how important they are, missed ordering their entrées. Had they taken a glance behind them they would have noticed a delightful couple (one heavily pregnant) carefully picking their way through the entire menu, too excited to leave it at just two courses. Lets go for the trifecta they exclaimed.

Perhaps the stinging nettle buckwheat risotto wasn’t to Mrs Hartbury’s taste. Perhaps she was concerned it was interfere with her gluten, lactose and green food intolerance.

And perhaps Mr Hartwell only likes his cigars to be illegal and from Cuba, instead of deliciously stuffed with foie gras brûlée sitting on a bed of radicchio and the oxmoronical duck ham (yes, i made up a word then).

The Johnson’s had no such concerns. Mrs Johnson’s eyes lit up as she enjoyed tiny hints of prawn speckled through her buckwheat risotto, vibrant green. “Wait until I take a photo” Mr Johnson exclaimed, but it was too late. 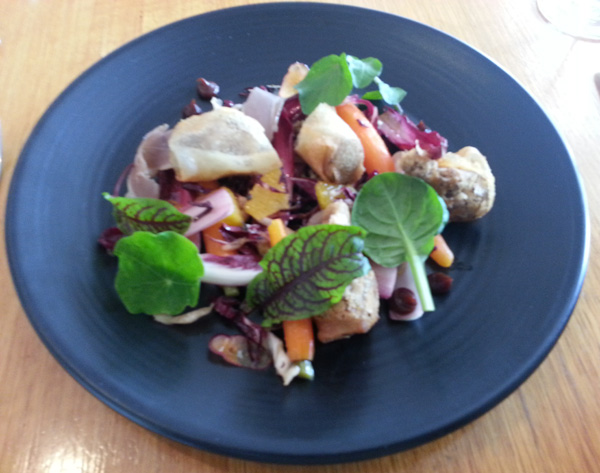 When main arrived, the Hartbury’s noticed the error in their ways, without ever acknowledging it. The followed the Johnson’s lead, picking the blue eye with its cuttlefish cassoulet and squid ink crumb for one, and the pork belly, sleeping soundly in a wave of pumpkin puree, beetroot and bacon. They scoffed in silence, savoring the opportunities afforded to their by their parents inheritance. Behind them, the Johnson’s were murmuring in delight. “What balance” they commented in their best Mastercheffy impersonation. “The fish is just cooked to perfection” Mrs Johnson continued, “and it just all works together so well”. Her husband, the dashing Mr Johnson was no longer listening and was in some form of trance. “Pork belly. Pork belly. Pork belly. Get in my belly.” Truly, it seemed that Mr Johnson had ever had pork belly as tender as this before. 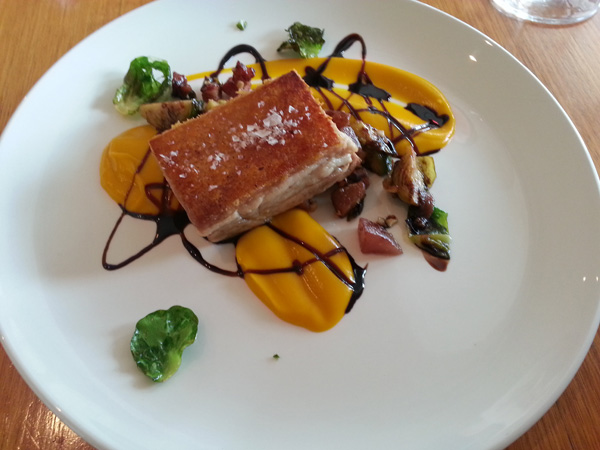 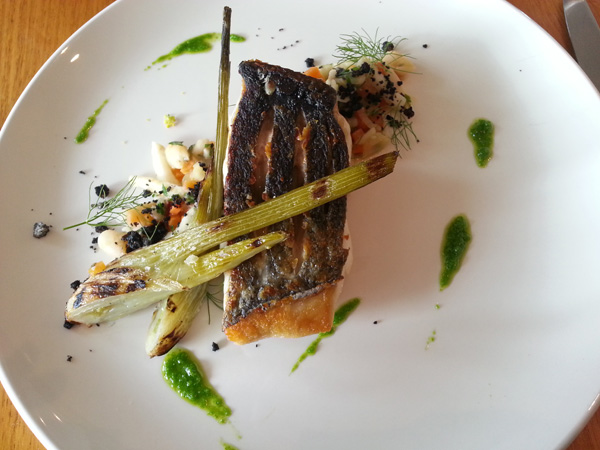 After a lengthy debate of approximately 2.5 seconds, both the Johnsons and Hartbury’s decided on a desert. Again, the Hartbury’s decided that it was their right to order dessert, on account they had a black Porsche and they could order whatever they damned pleased.

The lemon tart, partnered with a smooth quenelle of coconut sorbet and crowed with candied fennel presented itself in front of Mrs Johnson. “Eat me”, it said with a smile. “Eat me before someone else does” It subtly nodded its head towards Mr Johnson with a concerned look on its tarty, lemony face. It needn’t have been so concerned. Mr Johnson was already ogling more cigars, this time baklava stuffed with pistachio and chocolate, surrounded by segments of mandarin and holding hands with a honey choc ice cream. “Ughnhk gmbh” he said, his mouth stuffed full. 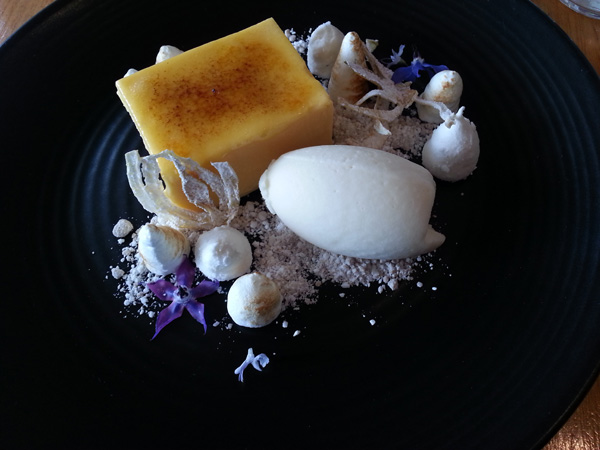 The Johnson’s however seemed entirely relaxed. “Ahh. The trifecta” they said. Perfect entrée, main and dessert. Mr Johnson sipped the rest of his Dromana Estate wine and settled back in his chair, listening to the pop and crackle of the open fire. Mrs Johnson continued to lick her plate.

After the coffee was drunk, and the bill was paid the little white Camry wandered its way back home. The Johnson’s basked in the glow of a couple enjoying their last days of freedom before expectant parenthood. Happy that their last supper was a last supper to be remembered.

Terre is within the Dromana Estate winery in Mornington. Before you sit you can sample the locals wines and enjoy with your meal.

Foodie
View all posts by johnsonskitchen →

what do you think? Cancel reply